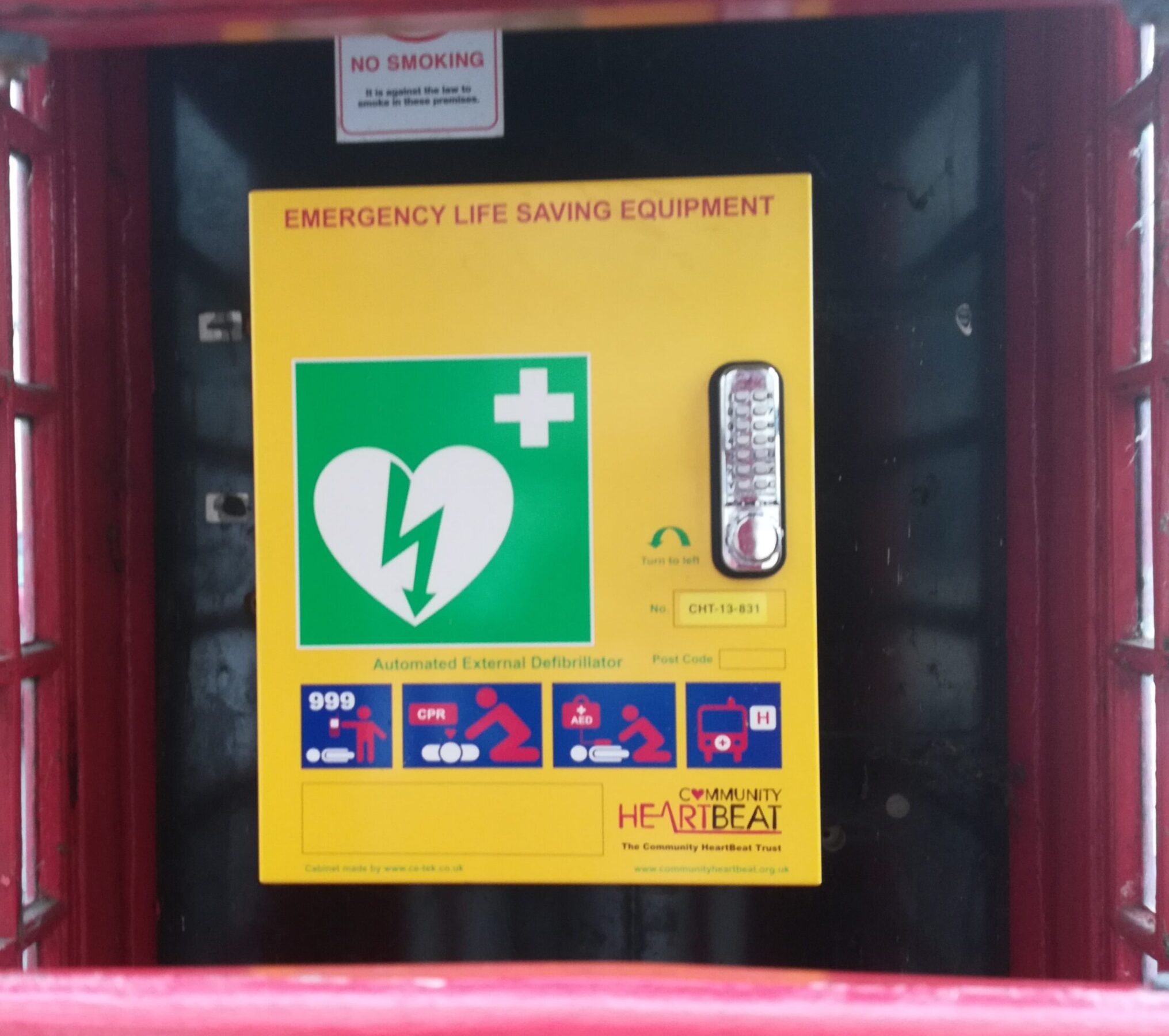 The Big Hearts of Bob Holt OBE and Mike Turl

Tidal Training Direct’s Founder Director Clare Seed is proud to be a co-founder of , raising awareness and numbers of defibrillators in Cheltenham. The initiative seeks to make life-saving defibrillators more accessible in the town. Further to Cheltenham town centre’s first public access defibrillator by RBS on The Promendade in one the phone last year, the town is still lacking in defibrillators which are publicly accessible 24 hours a day.

Attention must therefore turn to two fabulous local businessmen, who have kindly agreed to fund not one, but two, new defibrillators. Bob Holt OBE who built his striking business reputation at the forefront of local employer Mears, volunteered to fund a lifesaving defibrillator for the town, alongside his former colleague, and friend Mike Turl, former owner of Mears Group PLC and now Founder of HM Group. The two new defibrillators will be sited in high footfall locations in the town, yet to be agreed with Cheltenham Borough Council, but will extend the life-saving network even further.

When asked about his commitment, Bob Holt OBE comments “It’s a simple case of what better can you do with your money? I have been privileged to spend the majority of my business career in Gloucestershire, having my family in Cheltenham too, giving me a long-standing link to the region. I continue to enjoy a lot of time here, and for a relatively small amount of money, we have the potential to save a life. The fact that many defibrillators go on to save many lives is a bonus and has far more value than the cost of the original equipment.”

Similarly, Mike Turl, Founder of HM Group comments “Having lived in Gloucestershire all my life, and enjoyed my business success, I feel it is important to support and help the local community. Clare’s defibrillator campaign really resonated, and it’s good to know that there is such passion behind building an accessible and potentially life-saving network. I am delighted to be able to fund a defibrillator for Cheltenham.”

Clare Seed, Director of Tidal Training Direct, and co-founder of the Public Hearts Cheltenham campaign comments “I was connected to Bob and Mike via the local Circle2Success networking initiative, which just shows the value of local business connections in the town. I was hoping to get one defibrillator funded for the town, but to get two is absolutely incredible! It just shows the big hearts of these two fantastic local businessmen, and we are extremely grateful for their contributions. Thank you!”

Anyone who is assisting an individual with should call 999 for the emergency services. They will help you confirm whether a defibrillator is required, and will direct you to the nearest unit. The Public Hearts Cheltenham campaign has so far identified over 50 defibrillators in and around Cheltenham, supporting South Western Ambulance Service who previously held an accreditation scheme.  Now, registering them with ‘The Circuit’ a national defibrillator network maps their locations and connects them with NHS ambulance services throughout the UK. Further to securing the necessary planning permissions, the kind donations from Bob and Mike will be added to the town in strategic locations to benefit the local community, and its’ many visitors as part of the Public Hearts Cheltenham Defibrillator Campaign.

Bob Holt OBE formerly of Mears Group PLC is a businessman turned philanthropist. He continues to offer mentoring and coaching for businesses, alongside a number of Board level positions, and is at the helm of The Footprints Foundation which he founded to improve education and lives in South Africa.

Mike Turl, former owner and Managing Director of Mears Group PLC continues his impressive career as the Founder of HM Group, a building services contractor. The company work on a number of high-profile contracts, ably guided by Mike at the helm.

Did you know...
The most common accidents that happen in the workplace are - Slips, trips and falls